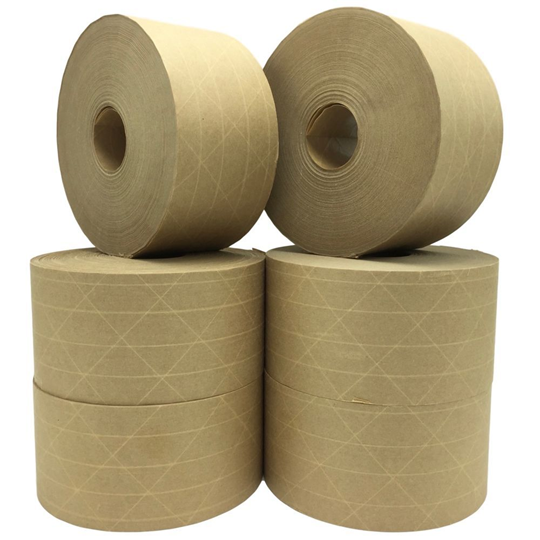 We’ve been hearing all about Paper Tapes lately and they’re becoming a more commonly used packing element in business. With the Adhesive Tapes Market set to hit $77.62 billion by 2027, a lot of companies are already opting to switch to Paper Tapes right off the bat due to its unique properties and the increased margins owing to the switch. Without doubt, if a product is eco-friendly as well as cost-effective, the results usually indicate a strong trend growing in favour of its usage – and this is just the case with using Paper Tapes for Packaging.

As we know, Paper Tapes are uber-useful and have come to be quickly recognised and given prominence while considering packaging processes for various types of businesses. Within the Paper Tapes world, there are mainly two that are considered for large-scale purchase, namely:

Both of these are considered efficient and modern ways to pack and seal, although the issue remains, which one is a better, eco-friendly and more effective choice for your business? 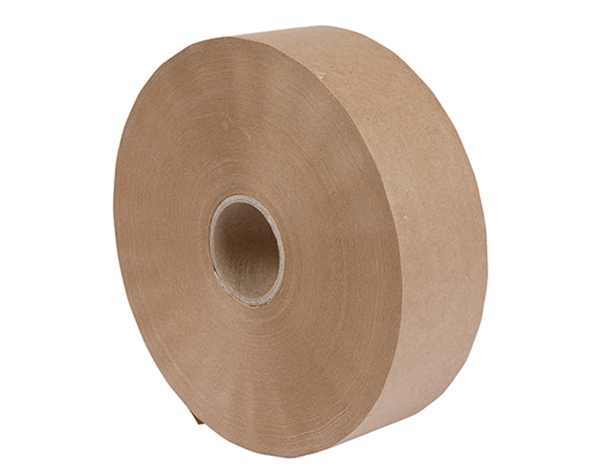 Water-Activated Tape, also called gummed paper tape or gummed tape, is a starch-based adhesive tape that is made out of completely natural, renewable, recyclable and biodegradable adhesive. WAT feels dry and is non-adhesive until the starch-based adhesive comes in contact with water – in which case it immediately becomes super-sticky and can be applied onto the intended surface, such as boxes or envelopes for the ultimate sealing. Popularly, there are two variants: Non-Reinforced WAT and Reinforced WAT – the reinforced fiberglass liners enable Water-Activated Tapes to secure even the heaviest of boxes, and prevent pilferages, as well.

Research has shown us that there is a definite 20% increase in packer productivity when using Water-Activated Tape and a Paper Tape Dispenser. Since Water Activated Tapes are 100% eco-friendly and biodegradable, they also tend to be quite rewarding on the pocket as well as on the conscience. In short, these tapes are more effective and more value-for-money than the others while also being the only completely biodegradable option. 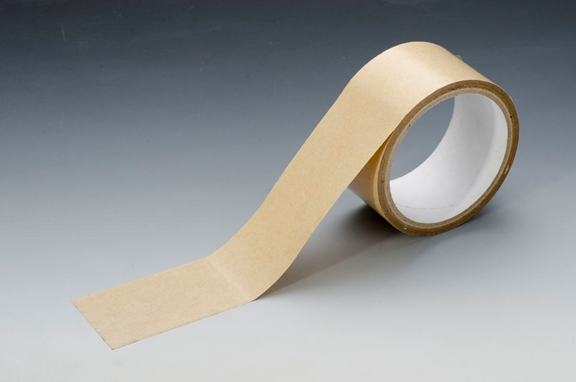 Self-Adhesive Paper Tape are quite similar to Plastic a.k.a BOPP Tapes. They are made with polymer-based release coating applied on the top layer of the kraft paper, and a hot melt adhesive applied on the bottom layer of the kraft paper. This multi-layered substrate tape is advertised and marketed to be an eco-friendly replacement to the plastic tapes, although that is quite far from the truth. They are made with synthetic adhesives that are not recyclable and hence like plastic tapes, these tapes certainly have an adverse effect on the environment. It has also been known SAPTs are more prone to pilferage and do not offer as good a bond as WAT, hence leading to overuse of tape during packaging.

The common ploy with marketing SAPTs is the same everywhere: Advertise them as eco-friendly because they are after all just ‘Paper Tape’, yet conveniently not mention ‘Release Coating’ & ‘Hot Melt Glue’ and its side effects.

Release Coating, or lamination made with either Linear-Low-Density-Polyethelene (LLDPE) or Silicone for winding of the roll so that the hot melt adhesive doesn’t stick to the paper. It’s an important process to make the tapes. This coating is what becomes the shiny element on such tapes – only problem being, since it consists of plastic, it is very difficult to recycle.

Hot Melt Adhesive, also known as Hot Glue, is the name given to any polymer-based glue that is applied in a molten state. The primary polymers used in hot melts are ethylene-vinyl acetate (EVA), polyolefins, polyamides and polyesters, styrene block copolymers, polyethylene, and ethylene-methyl acrylate (EMA) or ethylene n-butyl acrylate (EnBA). Along with the polymers, SAPT is a thermoplastic material made of additives, stabilizers and pigments used extensively in plastic tapes.

Here are a few stark differences between Water-Activated Tapes and Self-Adhesive Tapes: 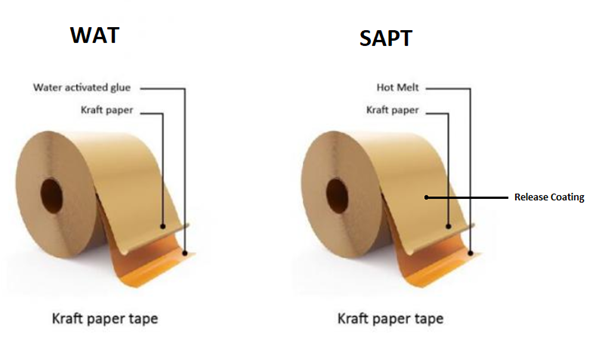 According to a study, not all hot melt adhesives allow easy paper recycling. This is exactly the result of “Greenwashing” because with SAPTs, only the paper is recyclable and not any other substrate. This multi-layered material is extremely difficult to recycle, and hence not eco-friendly!

WAT has been in existence for many years. It’s been used in various established and robust geographies that have strong supply-chain operations, and is now slowly transitioning in large eCommerce and developing countries because of its proven technology and benefits. Industries such as textiles, electronics, and various products shipped worldwide have gained immensely. With the rising consumer awareness, political and regulatory shift towards sustainability, it’s imperative to switch to WAT.

The differences only go to show how both WATs and SAPTs have their own uses and purposes, albeit with the Water-Activated Tape having a significant edge over the Self-Adhesive Paper Tape.